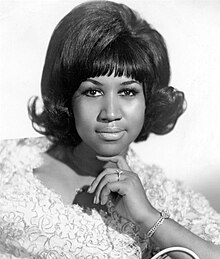 According to, the 87-minute concert film will be shown for one-week engagements in Los Angeles this month and in New York City next month. The Times spoke with producer Alan Elliott who expects a larger release in January, perhaps in conjunction with Dr. Martin Luther King Jr.’s Birthday. Aretha Franklin released the double LP Amazing Grace in 1972 and it would go on to become the best-selling album in her illustrious career. Issues with synchronizing the audio and video recordings led to Pollack and Warner Bros.

Abandoning the planned documentary film following the album’s release. Elliott later secured the rights to the film before Pollack’s death in 2008 and has been attempting to get the film released ever since.

Originally released as a double LP in 1972, Amazing Grace cracked the Billboard Top 10 on its release, making it one of the best selling gospel records of all time. Grace was recorded in a large Baptist church with an ultraenthusiastic audience in the pews, a full, funky band, and the Southern California Community Choir under the direction of Franklin's mentor, Cleveland. 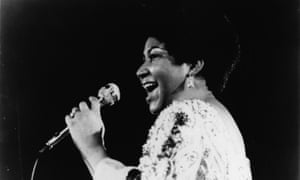 Her voice is melismatic and intensely emotional, yet pure and controlled, as if she is channeling the Holy Ghost. Franklin's father, the brilliant preacher Reverend C.L. Franklin, makes a brief, proud appearance, remarking, 'She has never left the church!' Other highlights include the beautiful 'Wholy Holy,' an 11-minute, heart-stopping 'Amazing Grace,' and Inez Andrews's stirring 'Mary, Don't You Weep.' Way more than a return-to-the-roots record, this set is an inspired gospel-soul workout that arguably showcases Franklin's strongest singing ever. --Mike McGonigal.