I just added the ARM install to my SDCard and then ran it from the WindowsCE desktop (from my testmode boot). I just tried out the ARM version on my EW F910BT and it works fine. I suppose the various GPS sub-systems could be taken from the now discontinued LeetLauncher project and the other apps could be found somehow. 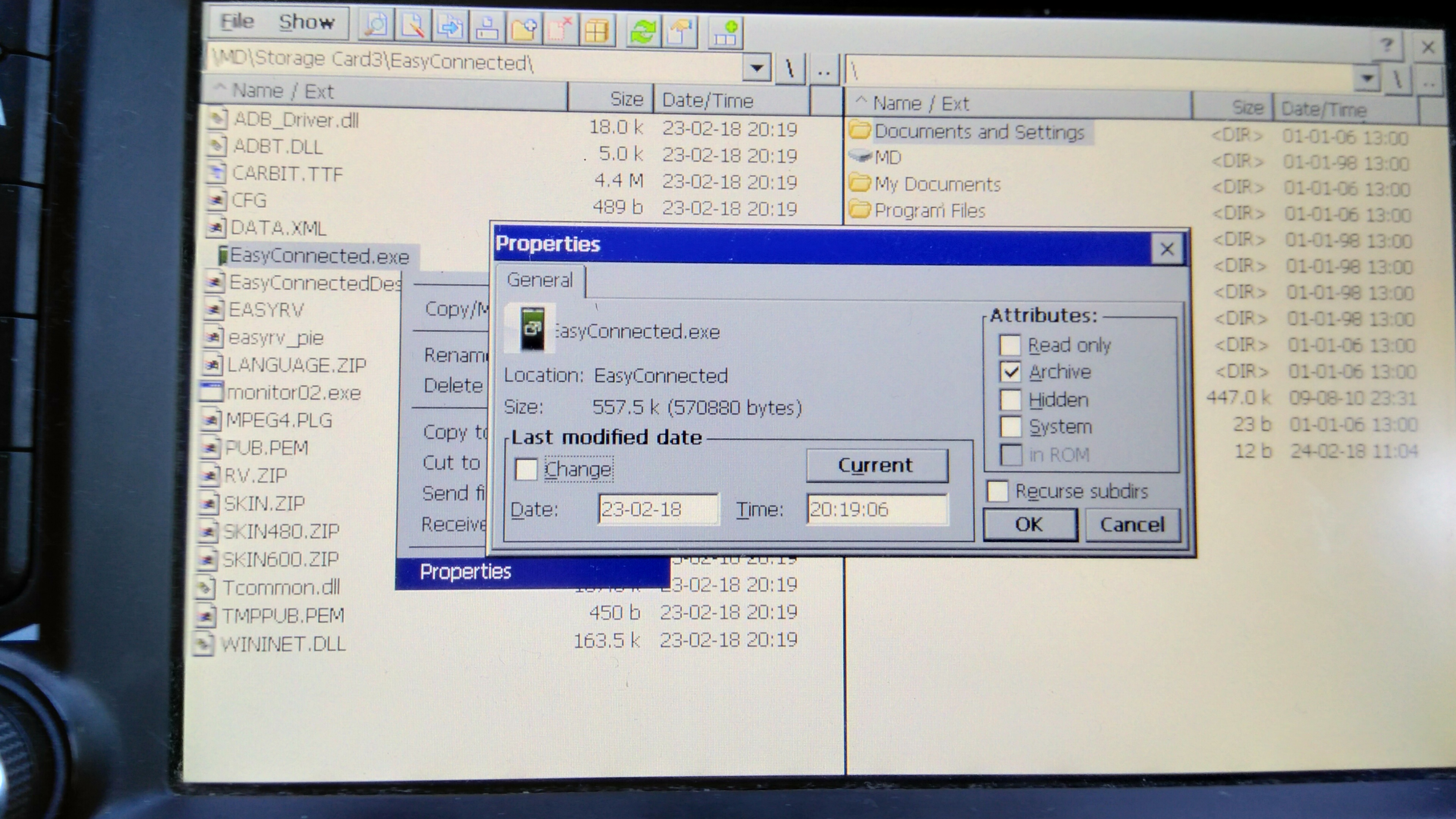 As said in the earlier post, this is just a mainmenu and you would have to create and integrate each sub-system into it (integration shouldnt be too hard as the menus are configurable to point to any exe).

Last year, I bought an, a simple box which can hold 2 hard disks for network attached storage. Since then, the company was bought by, which does the support now. It was a pretty cheap deal, and came included with two 3 TB Seagate disks for having 6 TB of storage, or 3 TB in RAID 1. The product also cames in a “cloud” edition, which has some additional software tweaks, but is essentially the same hardware. Unfortunately, the out-of-the-box firmware has some serious issues.

Here are some tips / remarks: • Upgrade the firmware as soon as you get this thing out of the box, and preferably before you connect it to the internet. Mine came out of the box with a 3.x version of the firmware. In order to upgrade to the newest (4.x) firmware, you’ve got to upgrade using ix2-ng-4.0.2.9960.tgz before updating to 4.1.114.3342 (the latest version at time of writing). Firmware can be found. It’s a pretty hefty download (+200 Mb) and upgrading firmware can take a while (uploading the tarball to the device, extracting, installing, rebooting). Be prepared to wait.

• Kudos to Lenovo for keeping this device up to date with latest patches for SSL and services running on it – not a lot of vendors doing this. • Configure access control: By default, the NAS allows any computer connected to your network to grab files. That’s generally a bad idea. • Disable the built-in media server: Last time I tested, the delivered media server in the firmware was an older version with a huge bug: if it encounters any file on the system with the.mp4 extension (a popular media format), the indexer will fail, and indexing will begin again. I only noticed this after a few months. I thought the blinking blue led was indicating RAID check activity, and shrugged it off, but it was actively torturing my hard disks. This led to the machine running very hot and a hard disk failure after 4 months already.

This might have been fixed in more recent firmware versions, but I would suggest not taking the gamble. Pretty pissed that this got into released firmware. If you’ve got a constant blinking blue light for days, find out what’s causing it. • SSH access: In order to get SSH access to this Linux box (yes, it runs a fairly old kernel: Linux 2.6.31.8 armv5tel), you need to enable diagnostics mode in the firmware.

This is very vaguely explained in the documentation, but since 4.x you can set root password using the web interface. If your SSH connection still fails after setting this up, try logging in using soho+(yourpassword). So if your password is apples, log in using sohoapples.

This is a leftover from the 3.x firmware. • If you want to do more with the box (have some standard tools, top, bash, nano, vim) you can install, a script allowing to install software and configure a shell. All info on the fun_plug homepage.

Hi Jeroen, Have had the iomega ix2 for a few years now, works ok but really slow. Does the job though. To begin with I a total novice where tech is concerned so here goes my issue: The way to access the unit is two ways right!?- “The Lenovo storage manager app on PC and the web portal”. Until recently the web portal was totally accessible so could manage stuff, very slow but as mentioned above got the job done. Since yesterday this portal does not exist. It has just disappeared!

I cannot manage the unit from the app as it only shows the shares and provides access to the folders. Any solutions or thoughts appreciated.