The US$250 lacks many of the extras that you'll find on higher-end such as the,, and, but this unit is a good buy as an entry-level navigation system. The Moov comes with only the basics, making for painless and straightforward setup. Along with the unit, you get an in-car charger, a car mount, a USB cable for connecting to a PC, an FM antenna for traffic information, and a software and documentation CD. Although it's inexpensive, the Moov doesn't look or feel cheap; it's much sleeker than similar-size GPS units such as the. Its bright 4.3-inch-wide touch screen is easy to see while driving.

Mio gets its mapping information from Tele Atlas, and, for the most part, the turn-by-turn directions the device provided were accurate in my testing. Once, when I drove across the San Francisco-Oakland Bay Bridge, the unit seemed to think that I was driving on a street below the bridge--or perhaps that I had plunged into the water. Other than that, though, the Moov 310 always seemed to know where I was and how to get where I needed to go. And even in a city of complicated streets like San Francisco, the GPS didn't send me the wrong way down a one-way lane. [ Related: ] Using the Moov's Points of Interest feature, I was able to locate parks, museums, banks, and gas stations. I did experience a noticeable lag when I was searching for a point of interest; and when I set the device to take me to a nearby convenience store, it told me the store was on my left when in reality it was on my right.

Still, it got me there just fine. Another minor glitch: Occasionally when I pressed an option in the Moov's main menu--specifically one for changing audio preferences--I would hear a beep signaling that I had pressed the button, but nothing would happen. When I pressed the button a second time, however, the unit recognized my selection. Again, this was only a slight inconvenience. Mio's Moov 310 offers real-time traffic updates (free for the first year). Though not as sophisticated as a comparable feature on the, the traffic-alert information on the 310 is incredibly useful. 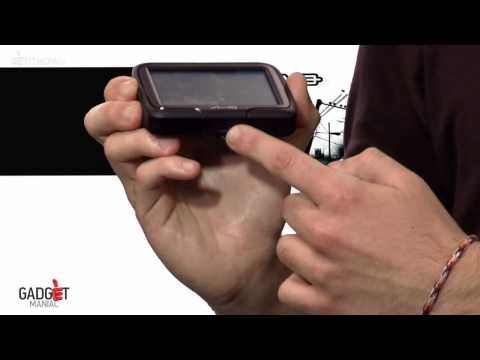 On the other hand, the last thing I need to run in my vehicle is another antenna--so I would have preferred to have the FM antenna for traffic data built in to the GPS unit itself. The Mio Moov 310 lacks premium features such as Bluetooth connectivity, FM transmission to your car stereo, Wi-Fi connectivity, or the ability to change the GPS voice into something more entertaining (that of Darth Vader, say). However, if all you need is reliable GPS--with traffic information as an added bonus--this is one of the best units you can buy for its price. [ ] This story, 'Review: Mio Moov 310 GPS' was originally published.