All songs are in the MP3 format and can be played on any computer or on any MP3 Player including the iPhone. Live concert albums of your favorite band. 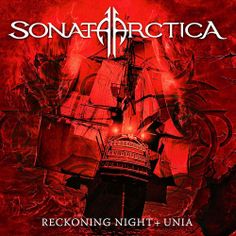 Learn how to download music and how to burn music. EMD offers a premium experience that includes unlimited access to CD quality music and advanced discovery features in an advertising free environment. 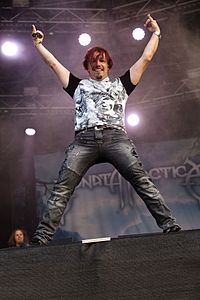 Only two years after the release of “Pariah’s Child” and a massive world tour, the Finnish Melodic Metal quintet SONATA ARCTICA are already back for more – their ninth masterpiece entitled “The Ninth Hour” will see the light of day on October 7th. Once again, the album was produced by SONATA ARCTICA themselves and mixed by Pasi Kauppinen, to create a typical yet refreshing sound that defines the spirit of the band in the year 2016.

“The studio work for the new record started seriously in mid-April 2016 in several home studios around Finland,” singer Tony Kakko explains. “But the main recording and mixing took place at the Studio57 in Alaveteli, Finland. It functions as a kind of centre point and all work finally ends up there. We aimed to create another melodic, beautiful, surprising SONATA ARCTICA album Did it turn out that way?

I surely think so. But maybe I should leave that for you to decide!” After a North American tour with their friends from NIGHTWISH plus many headline shows around the globe, the band was once again able to take a look at the entire world as it is at the moment – on the edge of a possible armageddon. “The artwork of our ninth studio album »The Ninth Hour« depicts a future utopian landscape on the background. Nature and human technologies are in balance. In the middle we have an hour glass contraption with a knob for us to meddle with.

The right-hand side cup represents the nature side with no humans left, on the left we have the human dystopia after we have destroyed Nature. The idea I had was, that turning the knob will tilt the hour glass in one direction or another, and the other cup will slowly empty and that future will be erased. Biblically we are expected to repent and sacrifice on »The Ninth Hour«to dive right back to a more mundane reality, it’s a fact that we are currently living in critical, historical times. Our decisions will define the future. Not only ours as a race, but the future of this entire planet. We need to make sacrifices and in many cases we will repent our already made choices.”. Well, Im fucking stoked.

Sonata have been on a rocky landslide for quite sometime now, imho. Unia took me awhile to enjoy while DOG was a much darker exploration into the mind of Tony.

SGHN was a bit of a let down with a few notable melodies while Pariah’s Child seemed to bring the band back around to its outdated Wolf emblem & signature sound (a little). My only real gripe with this band (& Im honestly ashamed to say this) is their redone take on Ecliptica. It really goes to show how far the band has fallen from its glory days as a power metal staple in Europe’s current metal scene. Let’s give The Ninth Hour the chance it deserves! I already love the single infinitely more than Wolves Die Young & their past several other singles like Flag in the Ground & Shitload of Money. Honestly, even though I listen to the older albums pretty regularly, I forgot how that signature Sonata sound can get me pumped.